While it might be nice to let your parrot fly free outside its bird cage every once in a while, this story from the press this week serves as a bit of a warning to make sure there’s no escape route to the world outside, especially if your pet is a little bit ‘stubborn’.

After making a break for it from the family home, after being let out for some fresh air on a warm day, Topaz the macaw flew up to a high branch in a nearby tree and refused to move for three whole days according to Wales Online.

The owner, 23-year-old Zahra Latif, was understandably keen to get Topaz back, so eventually had to give in and hire a cherry picker crane in order to entice the parrot down, costing them £300 in rental fees.

Cue scenes of Zahra 50 foot in the air, armed with grapes and bananas – some of the bird’s favourite treats – and eventually teasing Topaz onto the crane and into her arms.

Zahra alleges that the family rang the RSPCA, but they refused to come rescue Topaz, but Zahra insists they would have done so for a cat.

New Life Parrot Rescue offers some helpful advice and tips if your own parrot has made escaped and flown off.  It says that if your bird is a strong flyer, it’s likely to perch itself in a treetop and become stony silent, due to shock of the unfamiliar territory – which sounds like what might have happened to Topaz. 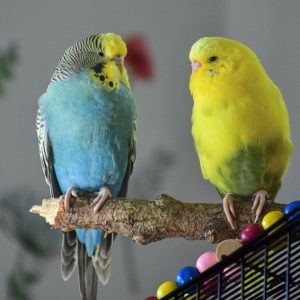