Study at the University of Alberta found that the Parrot brain is very similar to primate brains. Parrots have a large region which acts as an information superhighway between the two main areas of the brain.

If you’ve lived or worked with parrots, then you know first-hand that they are quite intelligent. Many of us have learned from past studies conducted by Irene Pepperberg that parrots have sophisticated problem-solving abilities, they can communicate their desires, parrots can count, add and subtract and remarkable they can even understand the concept of zero. Other studies of Cockatoos have established that they make and use their own tools. Throughout the animal kingdom, parrots’ cognitive abilities and intellectual talents are only matched by primates and birds from the Corvidae family (corvids), such as crow, raven, jackdaw, chough, magpie, corvids and jay.

According to a recent study, a team of neuroscientists in Canada have identified the brain region responsible for parrots’ remarkable intelligence. This neural circuit is similar to that found in primates, including humans, and is the source of their intelligence.

“An area of the brain that plays a major role in primate intelligence is called the pontine nuclei,” said the lead author of the study, Cristián Gutiérrez-Ibáñez, a postdoctoral fellow in the psychology department at the University of Alberta. In primates (which of course, includes humans), the pontine nuclei transmit information between the cortex, which governs thinking, information processing and other higher cognitive functions, and the cerebellum, which regulates motor functions, coordination and balance. Together, these brain structures are the source for complex functions amongst people and other apes.

“This structure transfers information between the two largest areas of the brain, the cortex and cerebellum, which allows for higher-order processing and more sophisticated behaviour,” Dr Gutiérrez-Ibáñez said.

In view of the cognitive traits that birds, particularly corvids and parrots, are famous for, Dr Gutiérrez-Ibáñez and his collaborators wondered if birds also have enlarged pontine nuclei. But when they took a closer look, they found that avian pontine nuclei are very small, even in the most intelligent of birds. Instead, they found that a different brain region, the medial spiriform nuclei (SpM; Figure 1), are enlarged, and appear to be functionally similar to primate pontine nuclei, providing enhanced connectivity between birds’ telencephalon (cortex) and cerebellum. (Mammals do not have this neural circuit.)

The researchers determined this by mapping the structures of 98 bird brain specimens held at the University of Lethbridge, which houses one of the largest collections of avian brains in the world. The research included brains from a wide variety of bird species, ranging from parrots to hummingbirds.

Compared with other major avian groups, such as chickens, waterfowl, owls and even songbirds – most of which, particularly the corvids, are very intelligent in their own right – the researchers found that parrots had significantly larger SpMs compared to the size of their brains.

“The SpM is very large in the parrot brain,” Dr Gutiérrez-Ibáñez said. “It’s actually two to five times larger in parrots than in other birds, like chickens.”

Dr Gutiérrez-Ibáñez explained that the SpM connect the two main areas of the brain, the cortex and the cerebellum. “This is like a huge highway that is travelled, sending information between these two main areas [of the parrot brain].”

“This loop between the cortex and the cerebellum is important for the planning and execution of sophisticated behaviours,” said study co-author, avian neurophysiologist Doug Wylie, a professor at the University of Alberta, in a press release.

These enlarged SpMs likely form the foundation for parrots’ self-awareness and other cognitive abilities.

“Some parrots can use tools,” Dr Gutiérrez-Ibáñez pointed out. “They are also good at solving, and this area of the brain is involved in this kind of thing.”

“Independently, parrots have evolved an enlarged area that connects the cortex and the cerebellum, similar to primates,” Dr Gutiérrez-Ibáñez said. “This is another fascinating example of convergence between parrots and primates.”

But these findings do not explain why corvids (ravens, crows, magpies and jays) in particular have similar cognitive abilities to parrots but their SpMs are not as large as parrots’ are. This suggests there are a number of other, as yet unknown, factors that also play a role in avian intelligence. For example, a recent study found that birds are much more efficient than mammals in how they pack neurons into their brains, so bird brains contain far more neurons per square inch than do mammal brains. An earlier study found that avian brains have a dorsal ventricular ridge, which is the equivalent to the neocortex in humans. The neocortex is responsible for higher-order functions such as conscious thought, sensory perception, spatial reasoning, and language.

Although this study’s findings come from birds, it may also provide insights into the evolution of the mammalian brain, the neural origins of human intelligence, and the role of the pontine nuclei in human cognitive abilities.

“This could present an excellent way to study how the similar, pontine-based, process occurs in humans,” Dr Gutiérrez-Ibáñez said. “It might give us a way to better understand how our human brains work.”

“The more we look at the parrot brains the more similarities we see.”

2 Replies to “Parrot Brain – What makes them so intelligent?” 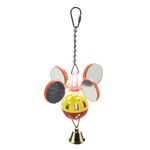 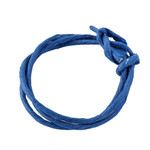 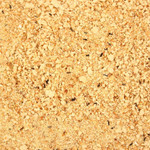 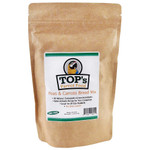 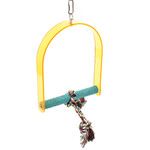 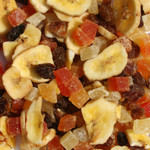 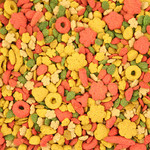 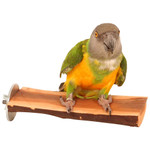